It is sometimes said that in trying to be everything to everybody, there is a risk that the result will be nothing to anybody. Considering this advice for Newcastle Helix could keep me awake at night.

I joined the Newcastle Helix project as its marketing manager 12 months ago. The vibrancy, diversity and ambition of Helix is great to be part of. But this trinity also creates considerable complexity: 24 acres of urban regeneration, commercial property development, a district energy scheme, academic spaces, a new residential quarter, events & conferences, home to three national centres of innovation and research, places to meet and socialise, not to mention being an at-scale living laboratory for digitally enabled urban sustainability.

To bring the vision to reality, a master plan has existed since the early days of transforming the site of a disused brewery. The plan has evolved a little over time but for more than 10 years it has provided a reference point, a sense check, for all involved in the site's development. For the last four years, the masterplan has been under the auspices of Ben Sykes, Partner at FaulknerBrowns Architects.

Unlike some schemes that are developed as a single entity - think King's Cross for example - Newcastle Helix is being developed plot by plot. Given this, I wonder what the role of a masterplan is? How do you keep more than 10 discrete projects in sync?

"Our role is to act as an advocate of the original master plan but to also be a friend to the delivery of each element of the site," explains Ben.

"As the site evolves, the spirit of the original plan is retained and we balance that with the need to adopt new ideas in built environment design and consider how each plot's own attributes can present alongside the site as a whole."

Ben shows me how there is a pedestrian and cycle backbone to the site with the recreation of Oystershell Lane. Running south west / north east, it means the site actually improves the connection between the city centre and the west end. With the lane crossing the entire site it supports travelling to, from or through the site.

"From the backbone most of the other streets and lanes of the site fan off like butterfly wings or a herring bone pattern. This means the streets to the west of Oystershell Lane that form the residential area will be level, running along the contours of the site. The streets to the east will run across the site's contours." 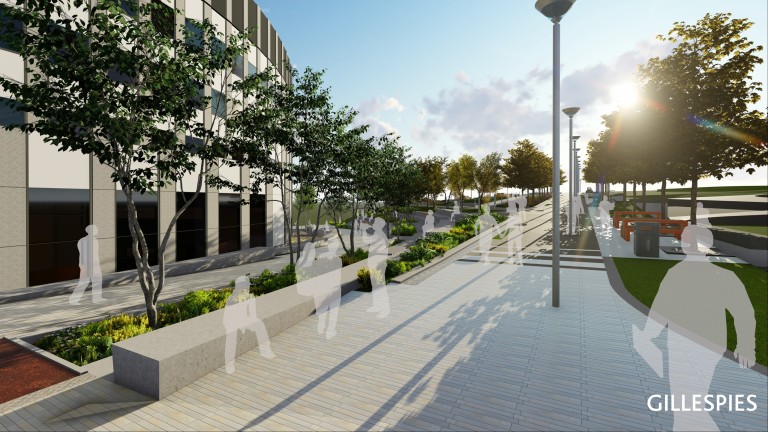 The functional aspects of this backbone-and-frond approach makes sense but is there a risk that the path becomes nothing more than a canyon, a gorge scored across the site?

"Along the lane are three public spaces. As people move along the backbone the altering space and landscaping makes the route more than an artery. It also means that there are spaces along the centre of the site that can support events, green spaces, places to meet and mingle.

Guided by an expert eye the thinking behind the layout of the site becomes obvious. 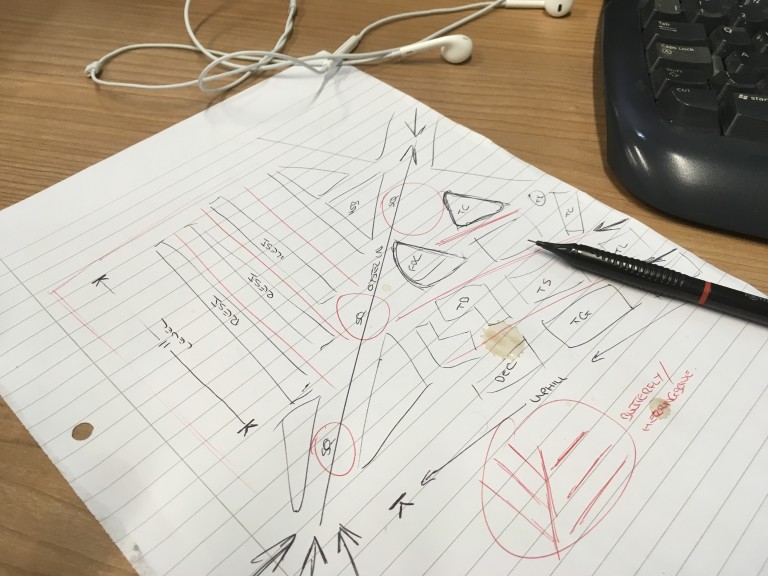 I reflect on my having looked at some other schemes around the world that are similar in ambition to Newcastle Helix - the developments in Chengdu, China spring to mind. I wonder to what extent the intricacies of Helix and its development model are exciting for an architect.

"There is a creative energy from the three partners - Newcastle University, Newcastle City Council and Legal & General - that I enjoy working with. The site is something different, something new and that's good to work with."

As a critical friend, a Helix peer reviewer in a sense, I have to ask Ben whether he thinks things are going well on the site. Several large buildings are nearing completion and others are deep into the design and planning process after all.

"As the site develops a key element for me will be looking at the points where buildings meet the ground. What will be the experience for people moving through, in and around the site? As the site develops as a whole it's really important to consider not just the bird's eye view and the big ticket aspects, but to also consider the experience that each individual on site will have."

I've written before about how there is more than meets the eye at Newcastle Helix. As well as the architecture of individual plots and buildings, alongside the underlying technology and experimentation, it's fascinating to learn what the guardian of the site's master plan sees and thinks.