#BIOSPHERE #BUSINESS #NICA #NICD #THE-LUMEN #TRANSPORT
With the spaces for businesses on The Helix really taking shape, we thought we'd introduce what the commute to and from the site could look like for you and your colleagues if you were to locate here.

Over the coming months more spaces on The Helix site will start to become available. The Core - 29,000 sq ft of space for SMEs - is already a great success. It will soon be joined by The Biosphere, a space where SMEs and startups needing laboratory and office space will locate. And in 2019, The Lumen will open its doors to international corporates looking for versatile floorplates, co-working spaces and state-of-the-art amenities.

If you located at The Helix, what would your colleagues' commute look like? What about the journey of your partners and clients?

Commuting can be more than a functional chore. It could be an opportunity to catch up with friends, take time to relax, or to run some errands.

The location of The Helix means that all of the trappings of Grade A facilities are supported by the amenities of a fantastic city centre. 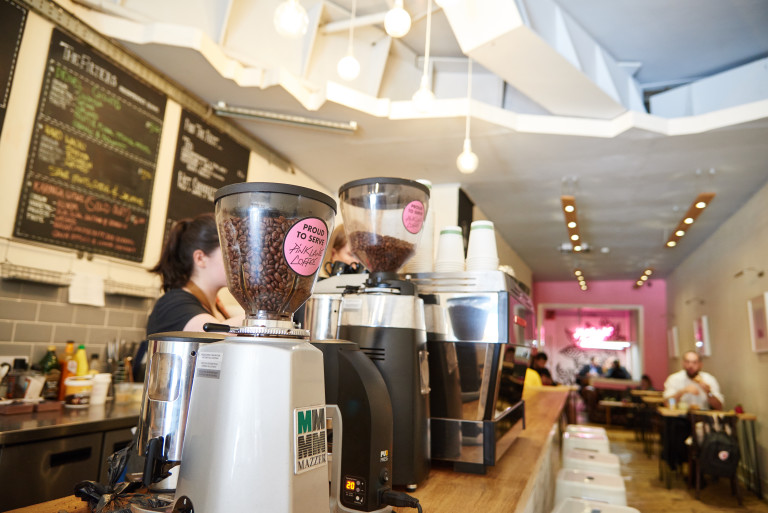 Pink Lane Coffee is a favourite of many of the Helix team.

Coffee shops and restaurants abound in Newcastle. There are the brands that you might expect to see - Pret, Starbucks, Nero ... but there are fantastic independent outlets to be explored and enjoyed too - Pink Lane Coffee is on the walk between The Helix and Central Station and is a favorite of many of us involved with The Helix.

What if lunchtime meant you didn't have to sit at your desk with a sandwich? We're working to bring great food and beverage options on to site. But for a change of scenery, the Grainger Market offers a great mix - Chinese dumplings & buns, crepes, Turkish street food, and pizza by the slice, are always popular.

And for a drink or food after work, there are traditional pubs, modern bars and a wide range of restaurants to be enjoyed. Very popular at the minute are Stack and By the River, both pop-up container villages offering a "hawker market" experience.

The Helix is a short walk from Newcastle Central Station. Direct trains run to London, Edinburgh, Glasgow, Birmingham and Manchester. 12 platforms for rail are supported by two platforms for the regional light rail network - the Metro - which also connects to Newcastle International Airport.

The East Coast Main Line rail connections mean that Edinburgh, York, Darlington, Durham, Berwick and Alnwick/Alnmouth are all home to many of the city centre's workers.

The station portico was recently refurbished, combining glass with the original sandstone structure to create an imposing-yet-modern ticket hall. The station includes a Sainsbury's Local, M&S Food, and Boots, making it easy to grab dinner on the way home or pick up that toiletry you forgot to get at the weekend.

In and around Newcastle

People working in Newcastle city centre are spoiled for choice when it comes to choosing where they will live. In addition to the towns and cities on the East Coast Main Line, people choose from the coast, the Tyne Valley, rolling countryside, market towns and tiny villages as well as the city's suburbs.

The Metro system is the backbone of commuting in and around Tyneside. The St James, Central Station, Haymarket and Monument stations are all a short walk from The Helix. 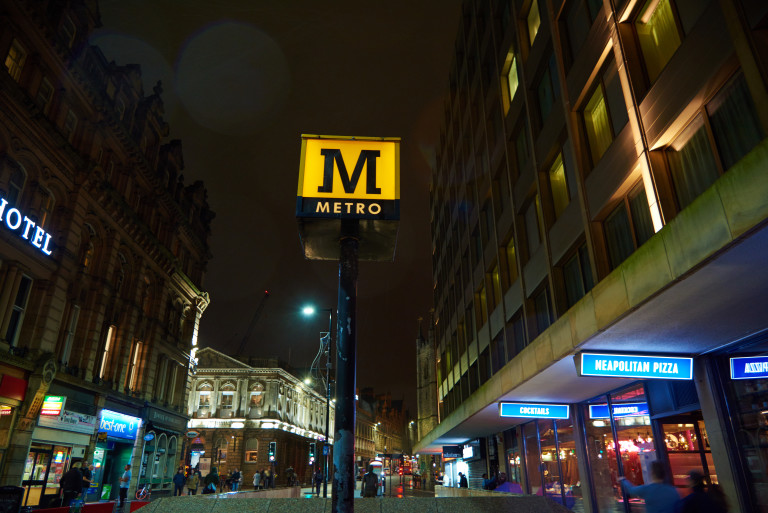 Cycling is also increasingly popular in the city with a growing number of cycle lanes and traffic-free routes. Mobikes - a bike sharing service - are here in Newcastle and are a popular way to get around the city.

Many people are surprised when they discover the network of flights that runs to and from Newcastle International Airport.

The jewel in the crown is the daily flight to/from Dubai operated by Emirates. This is supported by scheduled flights to major hubs including Heathrow, Amsterdam Schipol, Charles de Gaulle, Brussels, and Dusseldorf. There are also flights to Dublin which can be used to connect to the USA with the bonus of clearing US immigration in Dublin.

The Metro light rail system connects to the city centre in just 23 minutes.

This is just a glance at the transport options surrounding The Helix. If you would like any more detail at all, please get in touch. We haven't even started on the incredible views travelling in and around Newcastle can reveal - Northumberlandia, the Angel of the North, the Tyne Bridges ... that's another article perhaps.