#DATA #ENERGY #ENVIRONMENT #FUTURE
A project is underway to explore new ways of mapping the rocks in the Earth’s crust beneath the city centre of Newcastle. Researchers are using technology similar to that used in smart phones to build a picture of the subsurface hundreds of meters below the surface. This could help us to explore for future resources that could help meet our Climate Change targets.

The study is a unique survey of the subsurface of the Newcastle Helix site in Newcastle city centre.

150 sensors have been deployed around the Helix site. Inside each sensor is a technology similar to that used in smart phones that detect which way we are holding our devices.

Called a piezoelectric accelerometer the sensors can detect the slightest vibrations in the Earth’s surface. 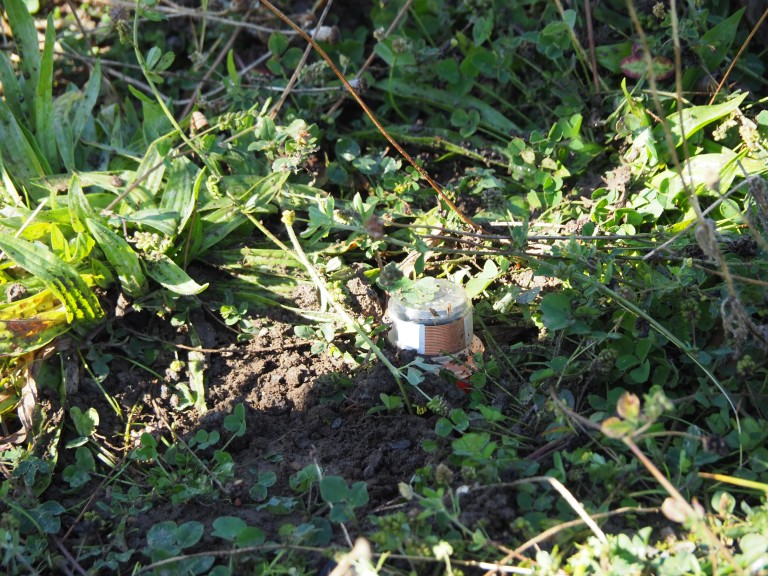 Node in the ground

The Earth’s surface is constantly responding to both natural and man-made movements and noises. Traffic, public transport and even earthquakes happening on the other side of the world are just some examples of how vibrations can be created in the ground.

The key to this project is using the patterns of the vibrations moving through the Earth to determine the geology beneath our feet.

Dr Mark Ireland, a Lecturer in Energy Geoscience in Newcastle University's School of Natural and Environmental Sciences, explained: “The vibrations are tiny. But because there are so many happening all the time, there is potential to create a high-resolution image of our geology.”

Discover what’s below without digging

“Understanding geology is very important. It affects many aspects of construction, engineering and water resources below the surface. The nodes are so small, there is no environmental impact and you wouldn’t know they were there if you were walking past. We’re exploring how we can use these sensors instead of more costly and logistically more complex data acquisition equipment to study the geology beneath the city.

But one of the most exciting opportunities is how this approach might be able to help us find sources of geothermal energy. We hope to develop an approach that will make it easier to identify suitable locations in built up, urban areas and utilise the heat beneath the ground to use as a source of heating.”

The project is an example of Newcastle University working in partnership with industry. STRYDE is a UK based tech start-up company that has developed equipment with a much lower environmental footprint and a reduced risk to people compared to traditional techniques.

This project is the latest that uses Newcastle Helix site as a living laboratory.

As well as developing buildings at Helix to provide new homes, space for businesses and education, researchers are using the site as a full-scale laboratory to study different aspects of science, engineering, and urban living.

This latest experiment joins other ‘living laboratory’ projects including the National Green Infrastructure Facility, an energy storage laboratory, and the deep geothermal borehole drilled at Helix between 2011 and 2014.

For further information about the subsurface mapping project contact: mark.ireland@newcastle.ac.uk